Here’s a new video to show the current visuals of the game, which we started working on when going full-time on August 2015.

The biggest change in graphics we did since prototype was switching to PBR (physical-based rendering). We are using PBR Alloy shaders for Unity done by RUST Ltd. The shader pack works very well together with the pair of texturing tools — Substance Designer and Substance Painter from Allegorithmic. These allow us a fast and robust way to create textured assets that share the same basic materials from our own library.

3ds Max, Maya and Zbrush are the usual suspects we use to create models. Since full-time development started, we have also raised the polycount on our assets. This way we can achieve a higher visual fidelity and also give the game a more “eye-candy” feeling. For which we received awesome journalist and public feedback at gaming events we recently attended. (We’ll post about the events later this century. 😉 )

Hope you like the video, and feel free to voice your opinion on our media channels. 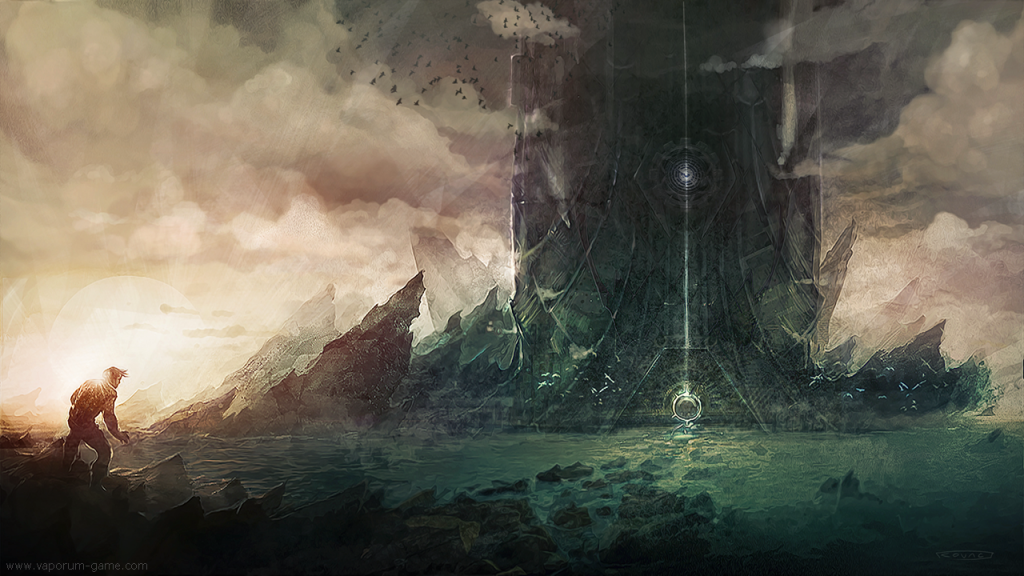 Here’s a video, introducing the story in Vaporum. This is where your journey begins…

The art for this intro was created by Daniel Mihalik, an upcoming talented comic artist from Slovakia, the captivating voice-over was mused in by Sebastian Hernandez from the USA, and the music was orchestrated by Karel Antonín from the Czech Republic.

We’d love your feedback on the visuals, sound, voice, and the story itself!

Here’s a short gameplay video, showing Vaporum’s action combat. You can see a few enemies, skills, and weapons used, as well as the puzzling forging press, one of many big steam-powered machines at work that you will have to figure out to progress further into the mysterious complex.

We will be releasing more such videos in the coming weeks, showing other level parts and aspects of the game.