Got a small patch with some fixes and tweaks you’ve been asking for. A bigger patch with some cool stuff is on the way, but we thought we’d put up this smaller update in the meantime.

Note: You can always find all the patch notes in your Vaporum folder in a text form. In case we fail to make an announcement like yesterday 🙂

The all-time favorite of most players 🙂 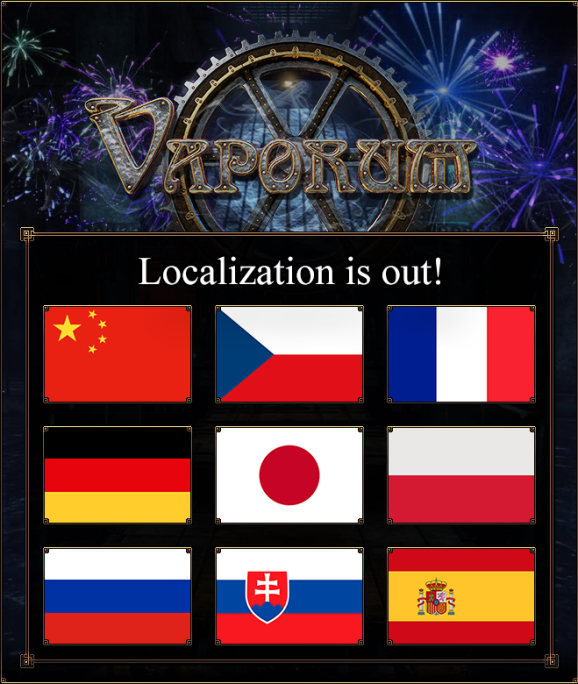 We know it took a lot more time than it should have, for which we are sorry, but it’s finally here! In today’s patch (Patch #2), we bring you 9 new languages:

Apart from these official languages, we also bring you the ability to write your own localization! Go to Vaporum/Localization and read the ReadMe.txt for info on how to start. We appreciate any feedback on the localization so if you find a typo, incorrect wording, or anything, feel free to tell us, and we will fix it for the next patch. In the coming days, we will also enable Steam Workshop so you will be able to upload and download localization files easily.

Along with the languages, we also updated the game. Here are the patch notes: