Vaporum is a grid-based, single-player & single-character dungeon crawler game seen from the first person perspective in an original steampunk setting. Inspired by old-school games like Dungeon Master I and II, the Eye of the Beholder series, and the most recent Legend of Grimrock I and II.

Combat in Vaporum takes place in real time. Each enemy type has a distinctive set of strengths and weaknesses, and various kinds of attacks and defense mechanisms, so you have to employ different tactics to beat each one.

Weapons differ from each other not only by damage and icon image, but each weapon type has a certain unique bonus or behavior other weapons don’t. This adds more depth and thought when choosing what weapons to equip.

You will find many types of gadgets: direct attacks, area attacks, offensive & defensive buffs… While these gadgets are powerful, they also drain your energy, and some enemies are immune to certain types of attacks. So you will have to figure out the best way to deal with every encounter the game throws at you.

Most mechanics in Vaporum are very simple. However, combining these mechanics creates intriguing puzzles and level-wide objectives where you have to use both your wits and reflexes. While most puzzles and riddles are contained in a single room, progression objectives can span an entire level or even multiple levels.

Instead of increasing the abilities of your human character, you will improve an exo-rig that you find early in the game.

The character progression system combines a “you are what you wear” aspect with a long-term development of your exo-rig. The gadget-based system allows you to equip various gadgets to help you define your own playstyle. Because gadgets are items, you can change your loadout at any time, giving you a great deal of flexibility to deal with various situations.

On the other hand, as your exo-rig becomes more powerful by absorbing energy from destroyed enemies, you get to unlock useful circuits on it, gaining significant permanent attribute bonuses and passive skills.

These two approaches result in a ton of customization, all at your will.

Stranded on a small islet in the middle of an ocean, you enter a gigantic mechanical tower. Nothing makes sense to you, but it is all strangely familiar…

If you want to get into the backstory and uncover the mysteries of the tower, you can delve right into it by reading all the notes you can find. Don’t worry, though, you can safely ignore all the text. All major story points are told by the main characters and they are fully voiced!

There are many optional areas in the game that you can choose to explore. They usually present some form of additional challenge, but come with a reward too! The tower is riddled with secret passages that contain unique items and notes of its inhabitants, giving you an insight into their lives and events that precede your arrival. 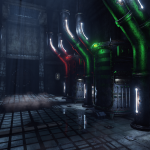 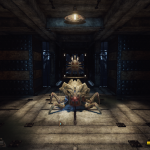 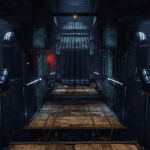 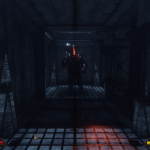 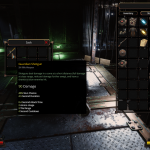 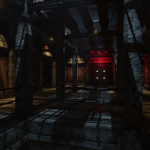 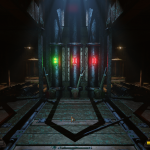 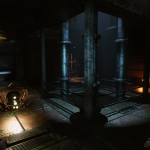 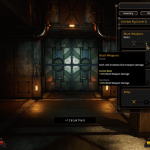 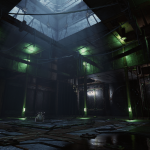 You can request the logo here.

What they wrote about us