Today, we bring you another piece from the world Vaporum takes place in. It’s about how the Supreme Bureau strengthened its position five years after usurping power over the Great Island Union. 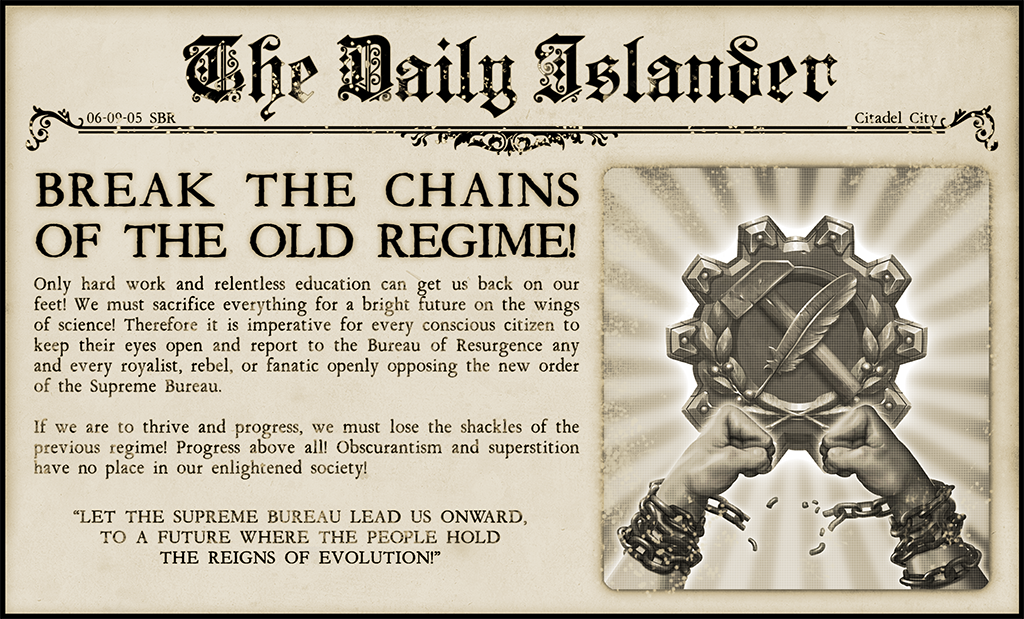